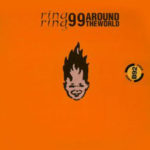 When Ring Ring Festival was started in 1996, it was aimed at introducing all kinds of New Music to Yugoslav audience – from avant-rock and free jazz to improvized electro-acoustic contemporary music. Previous Ring Ring compilations presented material from 1996 and 1997, while this CD contains recordings from 1998 and 1999. In 1999 the festival was held simultaneously on several locations around the world – Bologna, Tokyo, Stirling (Scotland) as well as Belgrade. Featuring Filament, Steve Buchanan, N.O.R.M.A. & Chris Cutler and many others, this release is an exquisite document of a stage in the Ring Ring’s development.